We owe it to actors such as Basil Rathbone, Jeremy Brett, Robert Downey Jr., and Benedict Cumberbatch to have made the fictional character of Sherlock Holmes popular throughout the years.

Needless to say, the creation of Sir Arthur Conan Doyle increased the sales of the Strand, the magazine in which the stories of the private detective used to be published, to the point where even Queen Victoria complained when Conan Doyle killed his hero.

It’s difficult to explain why the mysterious detective is so inspiring, but countless generations of readers — and now viewers – have followed his adventures closely.

For children, especially, the discovery of a hero who relies on knowledge, science, and logic to solve cases offers an exciting range of professional options.

Indeed, Sherlock Holmes is not designed to be a perfect hero – the character is flawed in many ways – but he provides a versatile image.

Aside from his powers of deduction, Holmes is an experienced violinist, scientist – he has created a complete list of the different types of tobacco available based on chemical compounds – but he is also a talented actor who can play a variety of characters to get to the information he needs.

My youngest son has recently become obsessed with making up stories, solving mysteries, and even playing a cop or detective.

Could be an age thing (he’s 4) but it could also be a key to determining what sort of career he wants to have one day.

A cop? A detective? Private investigator?

So, if you have a child that has similar interests or one that is maybe a teen with interests in solving mysteries, there are some career ideas worth knowing.

Sherlock Holmes is famous for stopping criminals. He was one of the first characters of this kind, entirely developed to rely on logic and facts to find and arrest criminals.

Nowadays, while private detectives still exist, not many of them have the joy of working on criminal cases – those are best left to the police.

Consequently, if your child wants to follow Holmes’s path in protecting justice, there are a variety of criminology degrees that will enable to join the police force.

Unlike Conan Doyle’s novels, today’s detectives need to know about criminology, but also police psychology, mental health, and overall crime psychology. It is crucial to note, however, that a bachelor in criminology doesn’t require previous knowledge or experience of law enforcement. However, your child will need a secondary school diploma to pursue this option. In the meantime, you can encourage kids to read more about police work, duties, and challenges.

Sherlock Holmes is the first detective of his kind. Not only is the man successful enough in his career to afford to be picky – the novels depict him as an individual who chooses the cases he wants to work on –, but Holmes can also make up his own fees – which allows him to take on cases from modest families.

In other words, Holmes is the perfect example of a successful and independent stay-at-home business person. While your child may not be tempted by solving criminal cases, they might love the idea of professional flexibility and freedom.

As a mother, you’ve got the opportunity to show some of the best tips to build a home-based business. Indeed, the most difficult part of launching an independent business is to start. Your child can approach the venture as a side hustle during their studies. Help them to focus their attention by getting one hour free at first to organize things. Gradually, the hour can extend. From getting up early in the morning to concentrate on business-relevant studies, there are many options for your child to launch a side-hustle business.

Sherlock Holmes plays the violin. According to Dr. Watson, he is a talented violinist. He uses the instrument to help him organize his thoughts and also to relax at the end of a case.

More importantly, Holmes’s recreational hobby makes also a highly profitable career for a creative individual. Musicians can make a living in many ways. You can choose to teach music, either as a school-employed teacher or as a private tutor for adults and children.

Additionally, musicians can also join orchestras, giving life to fantastic pieces every night. Music also plays a significant role in the health recovery of patients, both for mental health and physical health conditions. While the average working musicians earn around $35,000 per year, experienced artists who can join live bands can earn more than twice the average salary.

For a lot of readers, the most exciting parts in the Sherlock Holmes novels are trying to solve the mystery. If your child enjoys mystery and logical puzzles, creating puzzles is a profitable line of work.

Crossword creators such as Francis Heaney, make money by creating puzzle books, publishing their games and editing others. It’s fair to say that it’s a competitive environment. Your child needs to understand that sending bimonthly puzzles won’t be enough to design a sustainable career. However, publishing puzzles and working in a logic-centric industry can make a great deal of difference. For instance, the escape games sector is flourishing all around the world. Designing puzzles for this sector and working with game builders can not only get your name out there but also offer a safe diversity of revenue streams. Escape game artists, especially, love logic puzzles that get their players thinking and surprise the most experienced players.

It’s easy to forget, but Sherlock Holmes is a highly experienced actor who happily puts on a costume to mix up with different areas of society and town. But if you reread your favorite novel, you’ll soon notice that Holmes spends a lot of his investigating time in a costume, getting close to those who can provide valuable information.

Acting is not only the art of make-believe, but it’s also a creative form of expression. The most talented and successful actors have joined dedicated schools and study programs to master their skills and uncover a variety of emotions.

Stage actors and voice actors are often ignored when it comes to this profession; however, they are more likely to land a regular job than movie actors. Indeed, voice actors tend to be employed on animated series or radio shows, which can extend over several years. Similarly, theater plays often run over several months and years, not only helping professions to improve their skills but also build a portfolio of regular works.

When Holmes get dressed for a role, he also works on his costume and makeup. If your child is fascinated by the way Holmes can assimilate most personalities and jobs for the sake of his investigation, do make sure to explain that creating the right makeup is detrimental to his success.

A makeup artist can be overlooked as it’s a career that exists in the shadow, but it’s an individual who is significant to the entertainment industry. A talented makeup professional is vital to creating characters in film and on stage. Additionally, your child can also accompany ceremonies, such as wedding and prom nights, and help everybody to feel confident for their special day. Besides, the makeup artist nowadays needs a deep understanding of skin products, sensitivity, and tastes to ensure customers have a solution they’re happy with.

When we first get to know Sherlock Holmes, Conan Doyle introduces him as an accomplished biologist. Holmes has a thorough understanding of chemistry and molecular biology. He has his very own lab in his flat, 221b Baker Street, which can sometimes lead to disagreements with his lodger, Mrs. Hudson, and his flatmate, Dr. Watson.

Holmes is a scientist who understands the value of facts. His knowledge is, of course, limited to Conan Doyle’s grasp of science during the Victorian era, but his attitude serves as a role model to young children who want to make sense of the world around them.

A biological scientist is the closest career to Holmes’s skills, as it combines examination of the relationship between living organisms and the environment, understanding of life processes and creation of new techniques and products.

While his role is often underplayed throughout the novels, Dr. Watson is a trained doctor whose quick actions in desperate situations has saved more than one lives throughout the series. Watson’s role is understated in their partnership, but he remains a powerful and effective role model for anybody who wants to tackle medical studies.

Becoming a doctor is not only a rewarding profession, but it also ensures that you can make a significant difference around you. Admittedly, as a parent, you will have to help your kid to understand the implications behind the job. Becoming a doctor doesn’t happen overnight: It takes a minimum of 7 years, after which your child is equipped to protect lives.

Last, but not least, what makes Sherlock Holmes so popular, is the way Conan Doyle managed to create engaging mysteries.

Writing a crime novel is highly challenging. Most successful crime novelists plan the outlines of their stories but refuse to overplan every single detail, which gives them plenty of room to play and experiment. Additionally, the good writer creates a constant sense of retribution, where a character does something wrong and gets to pay for it at a later point in the story.

If your child loves Sherlock Holmes films or novels, you can discuss a vast range of options together, from criminal professions to creative writing.

Take the time to sit down together and explore the things you like about Holmes. Whether it’s his skills as a violinist or his compelling logic, there is always a way to create a sense of purpose from a passion for a fictional character.

More importantly, there are careers that your kids may want to purse due to their love for solving mysteries! 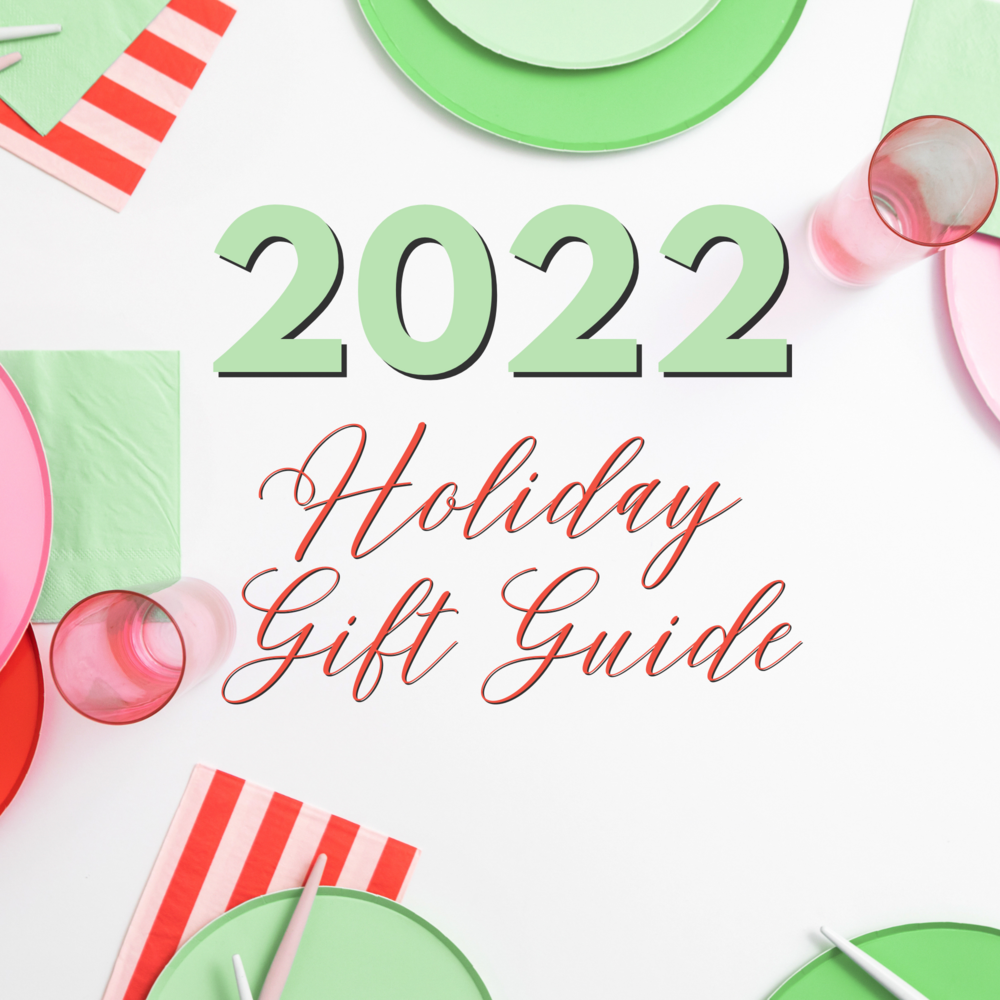