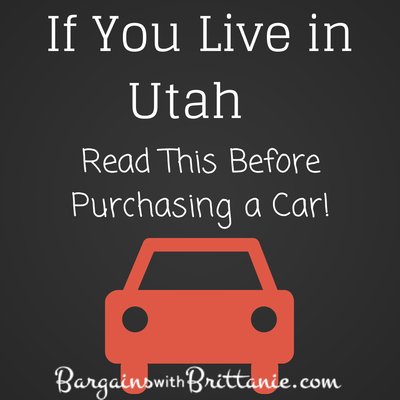 4th of July Weekend is one of the most popular times people purchase cars. If you live in Utah and are considering purchasing a new or used car anytime soon I want to save you a headache and tell you to never purchase a car from Ken Garff West Valley. Why you ask? Keep reading to hear about my personal experience with them.

First off I want to start by saying that I usually NEVER call out a business and post my personal experiences about them but I feel like after what I have been through and the type of service I’ve witnessed others receiving, I had to get this information out there to be known and hopefully save some of my amazing Utah readers from the pain I’ve had to endure.

When it all started…

In May 2011 is when we first were introduced to Ken Garff West Valley (the Chrysler, Jeep, Dodge new car dealership) by a family member. We ended up purchasing 2 brand new cars and drove them off the lot. A year later when the promise to be able to refinance and lower our payments had fallen through we traded in the 2 newly purchased cars to “downsize” into 2 other new cars to help lower our payments. Essentially we purchased 4 brand new cars in a 2 year period.

During this time we had also referred 2 other family members to this dealership who also purchased 2 brand new cars so that is 6 brand new cars over the course of 2011- 2012.

Fast forward 2 years later… We have had our 2012 Jeep Liberty and 2012 Dodge Avenger in the shop numerous times for things that just happened to break on car. The strange thing is, all the problems typically happen right after we received our first oil change on our cars. Coincidence? I think not!

Between my family members and I we have purchased (all brand new):

All different cars, and yet all the same issues. We have all had sudden “Electrical problems” with our dashboards flickering and going out. As I mentioned, problems like this did not start happening until our cars were serviced with the oil changes for the first time. Weird huh?

Aside from this issue, random things starting breaking on each car. Since we purchased these cars brand new they should not have as many problems as they do. However, since they have had problems, we’ve obviously taken them into be serviced to get the necessary items fixed and let me tell you the CUSTOMER SERVICE IS HORRIBLE!

I have wasted countless hours trying to get people to just do their job at this dealership. I’ve repeated myself over and over on the issues I’ve had to several service technicians and higher ups (managers, etc.) to get some sort of resolution with no such luck. Yesterday was actually my last straw because as I spoke to the General Manager I could just tell he was not in the “treating customers with the best customer service” or “making lifelong customers” business. Instead, he was in the “I am going to apologize and say we can fix our customer service but not doing anything else” business. He did not offer any sort of resolution other than he would talk to his service department. The issue is that the damage is already done. I’ve already wasted time, gas, and money on this dealership and he couldn’t offer anything else than a quick sorry and he’d talk to his service department. I am thinking the least he could have done was offer a gift card for a free service or gas after all the time I’ve wasted and the poor service received.

After speaking with the General Manager yesterday I finally demanded I received my Jeep back whether it was entirely fixed or not because I am done with how I’ve been treated and ignored by this dealership. I can tell you that because my experience I will NEVER return to this dealership again. But let me tell you what started this whole ordeal a week ago…

Last week I was told the part to fix a leak in my back hatch would be ordered and delivered in 2 days- it wasn’t. Finally over a week later (this Tuesday) I was told my part had arrived and I would get a rental car for the inconvenience while my car was being serviced. I was also told the rental would be set up when I arrived so I could drop my Jeep off and be on my way- it wasn’t ready to go and I spent over an hour getting a rental car set up that day. But let me tell you what really got to me this last time around…

While spending over an hour getting a rental car set up to drive home I was standing next to an older gentleman. He had to be in his early 80’s and he had come in because his BRAND NEW SUV that had only 4,000 miles on it had the check engine light come on. He was talking to a service technician about when to bring his car in. The technician told him it would have to be next week due to the holiday and said ok. He then proceeded to tell the technician that he would need a car while his car was being serviced because he had several doctor appointments every day. The technician then said “Well, we have a shuttle service”. The elderly man chuckled and said “Yes but I am at the doctors several hours a day and they can’t pick me up at 5:30 pm” and the technician then began to tell the man that a rental car could be set up but at the man’s expense.

At this point in the conversation, I had to bite my tongue. This elderly man had just purchased a brand new car from this dealership, was having problems with it and obviously had several health issues. The least the dealership could have done was provided a rental car at no cost to him OR made sure to hang onto one of their loaners for him. I felt so terribly bad for him and could not believe the type of “customer service” he was receiving. It honestly broke my heart and if my son had not been with me, I would have gladly walked (pregnant and all) and given this man the rental car I was receiving.

To make this long story short, I have had many experiences over 2 years with this dealership none of which have been pleasant. Their slogan is “We Hear You” when they actually don’t. They do not appreciate or value their customers and once you’ve purchased a car from them it will be a regret because you will have your car in the shop more than you know. Talking to managers does no good because nobody listens to a word you have to say and you just find yourself repeating everything to every person you talk to.

So please take this as a warning to you all. I cannot vouch for any other Ken Garff dealerships but I can say the one located in West Valley is one you will want to stay FAR AWAY from. I truly believe they are running a shady business. There is no other explanation for purchasing a new car and having issues once they’ve had their hands on it. It just doesn’t make sense especially when it’s numerous cars.

I am telling you this as a person that values their readers. I truly hope you will take this post to heart and in return I hope it saves you all some sanity. Please do your research before purchasing cars from any dealership so you don’t have to experience what I’ve been through. I’ve learned my lesson and will never purchase from Ken Garff West Valley again.

You don’t have to just take my word for it. It doesn’t seem to be a secret as others have expressed their frustration on the Ken Garff West Valley Facebook Page.

I'm so sorry this happened to you! I don't mean to put any blame on you, but didn't you read reviews instead of just going on a family member's recommendation? There is no way I would just choose a local dealer based on one person's experience! After they screwed you on the refinancing after a year, didn't that send a red flag that you should trade it in elsewhere or contact your local BBB?

We bought from Ken Garff downtown and will NEVER ever purchase from them again.

You did? Do you mind sharing what your experience was with them?