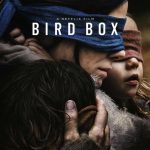 Some movies just know exactly how to pull at your heart strings. Bird Box was one of those movies.

If you haven’t seen Bird Box you may want to click away now but if you have, you may have read different meanings behind the show.

Well, friends I am here to discuss What Bird Box Was Actually About and What Parents Can Learn From It because I believe it has a truly powerful message behind it.

Bird Box’s true meaning was about the dangers of social media. The “monsters” of social media and how we as a society basically alienate ourselves from others.

The real danger or the real monster? The danger of what social media can do to someone. It can make people feel so disconnected from others and lonely ultimate leading to a person to commit suicide. Of course, this is my opinion. With over 41 million people who have watched this, everyone has taken away something different.

In one of the very first scenes we meet Mallory who is a pregnant woman living on her own, sheltered away from everyone and painting in her apartment. Her own sister, Jessica, even makes a comment on how she wouldn’t survive without her because her fridge is empty and her sister has to bring her food.

She also comments on how Mallory hasn’t talked to her mom nor has she seen the mass suicides happening in other parts of the world. She is completely disconnected from everyone and everything.

Within that same scene we see one of her paintings which is a rendition of The Last Supper. Jessica takes a look at the painting and says “I think I see a whole bunch of people sitting together, but they all feel incredibly lonely,”.

Mallory then replies, “The loneliness is just incidental,” “It’s really about people’s inability to connect.”

And if you look at the paining, it almost looks as though people are together physically but mentally are disconnected from each other because they seem to be on their phones, tablets, etc. Further hinting at the fact that people can be in the same room but not actually be connected due to social media and our reliance on it.

The next scene consists of Mallory visiting her OB to receive an ultrasound. It’s within this scene you see just how disconnected from the world Mallory is. Even from her own baby.

She seems as if she isn’t happy nor excited about her baby to come. The doctor even reminds her that soon she’ll be up on the labor and delivery floor giving birth to her baby further reminding us that she is so disconnected from everyone and everything.

As Mallory leaves the hospital, the disaster strikes. She walks past a woman that we saw earlier in the show, beating her head against glass. Then as she drives away, her own sister see’s something and causes them to crash the car.

Her sister then gets out of the car, walks in front of a moving truck, committing suicide. It isn’t until a stranger helps Mallory up from the ground, that we start to see the idea that people come together to survive and that pure survival, relies on them disconnecting from the rest of the world but most importantly, staying away from the outside including social media and any electronic devices.

Don’t believe me? Think about the scene where they are watching TV, the news reporter mentions “don’t go outside and avoid social media”. Then there is the scene where Greg (played by B.D. Wong) thinks they can monitor the “monsters” through the camera’s placed around his home and still be safe. This ends in a horrible disaster and the lesson is once again learned that you must refrain from all connections to the outside world including any source of technology.

The birds, well, they are trapped inside a box with only the essential holes to offer them light and oxygen. Is this a further hint to feeling isolated and alone? Perhaps they also serve as a warning sign to others to recognize the signs leading up to suicide?

The blind folds are the only real way to shelter out everything and everyone and is the means of pure survival. After all, the “monsters” of social media can’t hurt you if you can’t see them, right?

So, as a parent, what can we learn from this?

Well, I like to think that this is a reminder to us all that there are hidden dangers of social media. Sure, it’s a way for people to connect and share what is happening in their lives but it’s NOT the ONLY way.

If anything, this show reminds us to not rely on social media as our only means to connect with the outside world (which so many of us do). Instead, take the time to connect with people IN PERSON and disconnect from the world of social media. Put down our electronic devices and fully be there both physically and mentally with others.

By doing so, we are connecting on a level that only humans can do. We are reminded that we aren’t alone. We aren’t living other peoples lives nor comparing ours to them. We aren’t determining our worth based on the ideas of others and what they choose to show us on social media.

It’s imperative that as parents we not only remind ourselves of this, but we share it with our children. We remind them that people online DO NOT determine their self worth. That most of the time the things we see on social media is just a bedazzled version of someone’s real life. That the “trolls” cannot have control over them making them feel depressed, lonely, and on the verge of suicide.

As a mom to a pre-teen, I cannot watch this show without taking all of that (and so much more away). In fact, if I didn’t think this show would cause my kids to be awake for the next 10 days (because it is creepy) then I would have them watch it and explain this meaning to them.

For now, I will put this out there my take on Bird Box and what parents everywhere can take away from it.

What do you think the meaning behind Bird Box is?

I think more practically it's more about the main stream media! Instead of the effect of sadness and depression, it's anger and hate!!