Oh, Thanksgiving! The one day a year when you can eat many plates of food, pie, and no one judges you. A glorious day where you can unbutton the top of your pants proudly. Everyone at a party usually has a food assignment, and yes the turkey and potatoes are important. However, there’s liquid gold at every Thanksgiving meal, a very important item, if gone, would be greatly missed. The Thanksgiving Gravy! It’s also easy to mess up. Don’t disappoint family and friends, instead, follow these ideas and serve up some smiles. Gravy style! 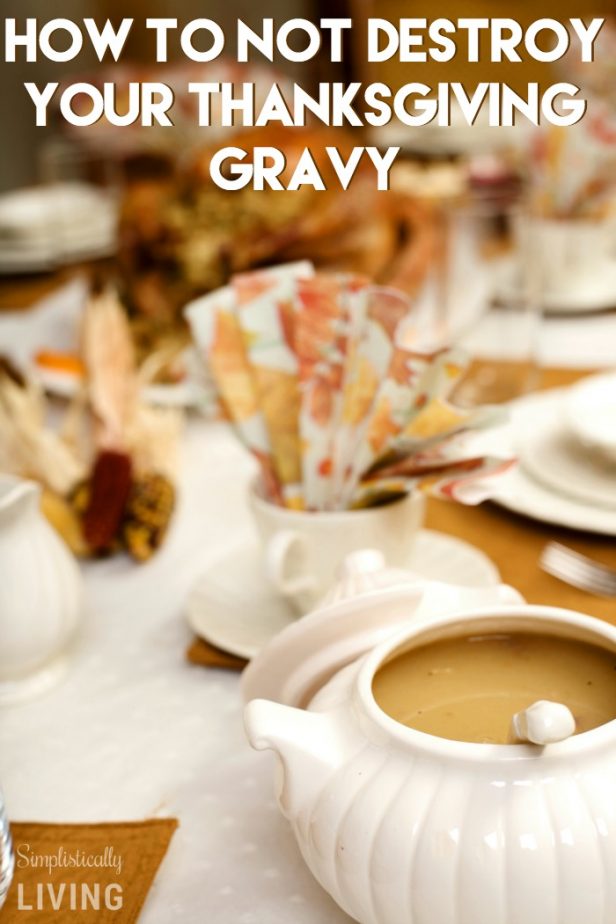 How to Not Destroy Your Thanksgiving Gravy

Homemade gravy sounds daunting to many, but with a little bit of time and skill, it’s not so bad.

Whisk, Whisk, Whisk! Gravy is not a sauce that you can put on the stove and forget about. When you’re making gravy it’s important to stay by your pan, carefully stirring to prevent scorching. Even a couple minutes of boiling unattended can be detrimental to your end product.

Quick Way To Lumpy Gravy– It’s effortless to create a lumpy mess. Say you’re cooking your gravy, you look at it.. hmmm… it’s too thin…  I’m going to add more flour, so you dig out your dry flour and sprinkle some into your simmering gravy. This is a BIG NO NO! Never add dry flour to hot gravy, it’s a quick way to a disaster; creating tons of tiny unappetizing lumps. Make a slurry as listed below to thicken thin gravy that is still thin after its been reduced.

Thin Gravy– Usually reducing your gravy thickens it, but if by somehow it’s still really runny, try this trick. Make a thickening slurry to save the day. This is done simply by combining a little bit of cool water and cornstarch in a small bowl and stirring until combined (should still be runny).  While continuously whisking, cautiously add a little bit of the mixture at a time to your simmering gravy. It takes a couple of minutes for the slurry to thicken the gravy, so stir in a little bit, then wait a couple minutes to see its new consistency.  Then continue adding little by little, while waiting a couple minutes between each addition. Soon its saved, and you can breathe again. 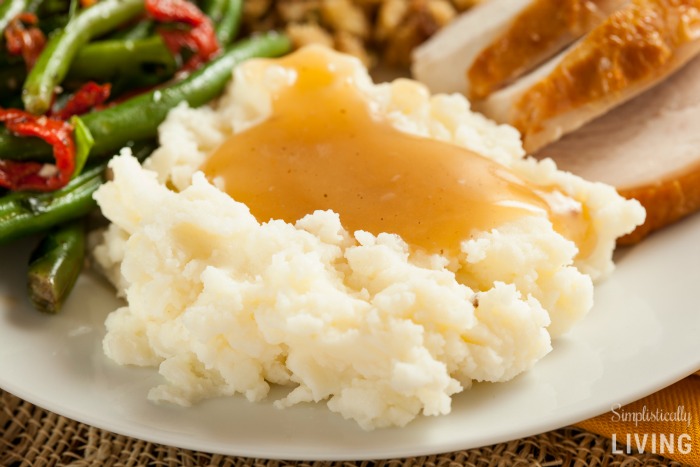 Thick Gravy- Gelatinous thick gravy is gross. It can be like something from the Ghostbusters is staring up at you from your plate. Luckily this is the easiest gravy fix. While continuously whisking, add small amounts of leftover stock or water to the pan until you’ve reached your desired thickness.

Salty Gravy- The top of the salt shaker fell off and you’ve dumped an enormous amount into the pan.  As you watch in horror as the salt pyramid dissolves, some tears are bound to happen. After you’ve finished cursing and crying, you’ll need to start over. If the new batch hasn’t had the whole shaker poured in, there’s a solution. Grab a small potato and chop it up. Add the potato chunks to the gravy, then let the gravy simmer about 10-15 minutes. The potato pieces will absorb the excess salt, and fix most salt problems. Add a little more stock or water to the gravy if its become too thick while simmering this extra time. To remove the potato, just run the gravy through a sieve.

Greasy Gravy-  Trying to figure out why your gravy is so oily? The drippings aren’t added as a full product to quality gravy. First you need to pour the turkey drippings into a measuring cup, let stand a few minutes, and then carefully spoon off the fat layer on top. Once the fat is taken off, set it aside for the purpose of making your roux.  A simple guideline to remember is, for every 1 cup of liquid (broth, stock) used, you’re going to use I Tbsp of fat. For every 1 Tablespoon of fat used, you’re going to use 1 1/2 Tablespoons of flour to thicken. The fat ratio is important for an impressive gravy consistency.

Gravy isn’t always a lost cause. Pitfalls can happen, and luckily there are ways to remediate the situation. No one has to know, it can be our little secret. Happy Thanksgiving! 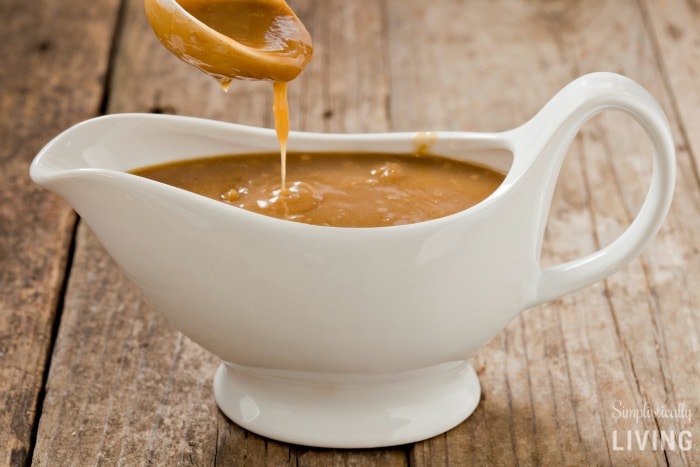 Ever wonder why Cranberry Sauce Cans are upside down? Read why here! 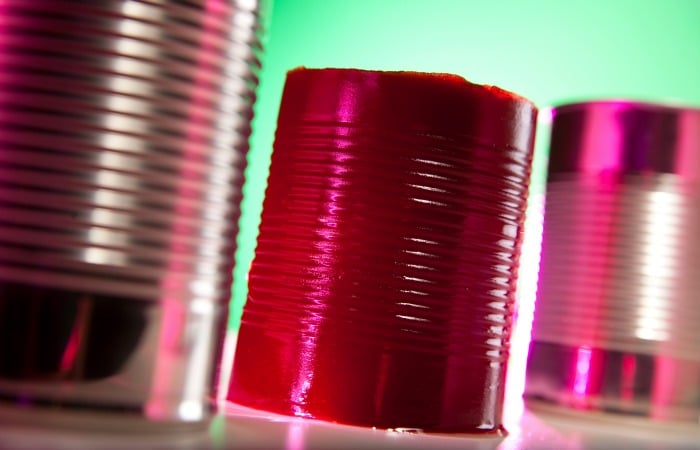 Want more advice on Thanksgiving cooking? Check out why You are the One Ruining Your Mashed Potatoes (and how to fix that). 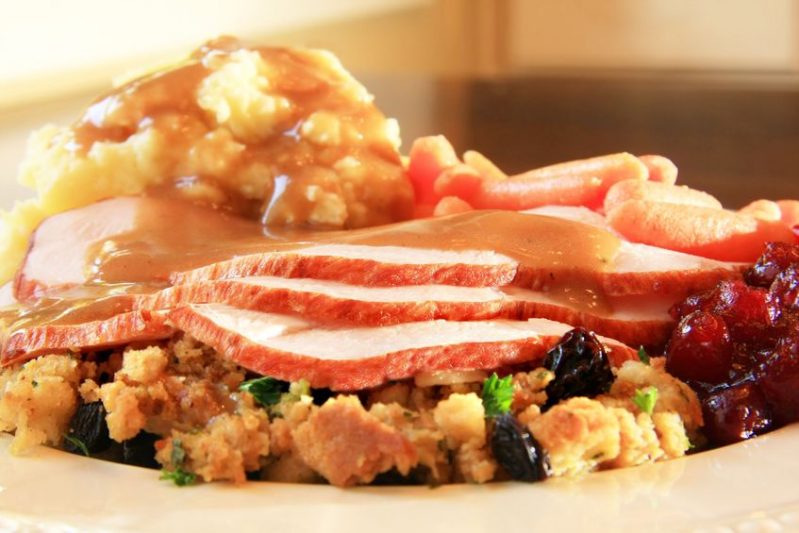